Leaf is excited to return to the market in 2018 with the single most successful repackaged release of all time. 2018 Leaf Autographed Football Jersey Edition! This release is an incredible mix of Hall Of Famers, fan favorites, the biggest stars in the game today plus the hottest young players in the game. 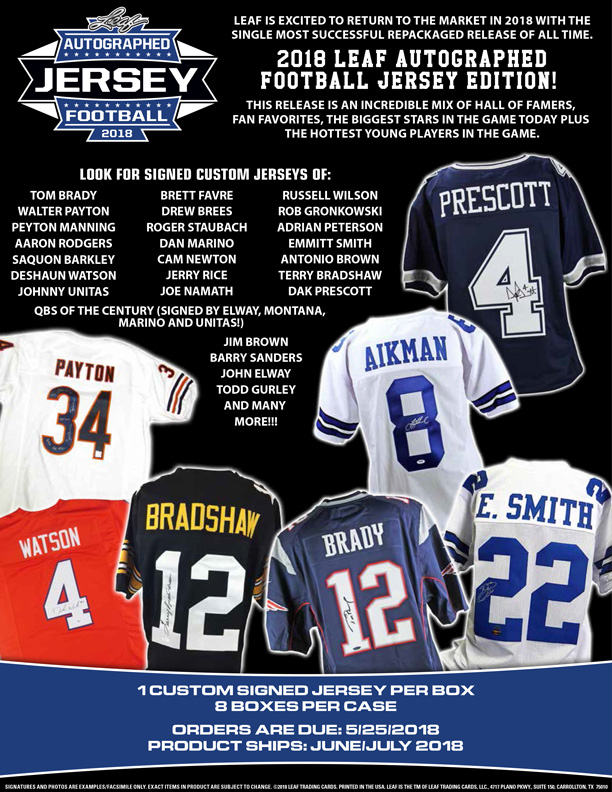