Leaf is pleased to announce the newest addition to it’s stellar Draft Football portfolio with the upcoming release of 2018 Leaf Flash Football! This value driven release once again features the most impressive selection of prospects with a heavy focus on offensive skill position players. The 2018 Draft is already being regarded as a draft for the ages and 2018 Flash Football is sure to join the ranks of the most popular draft themed products of all time! This release features Leaf’s “FLASH” technology with an awesome assortment of colored parallels! Plus, as a value enhancement, look for “FLASHBACK” signatures including Hall of Famers such as Terry Bradshaw and Jerry Rice plus Heisman winners including Johnny Manziel.

Each box will contain 5 autographed cards. 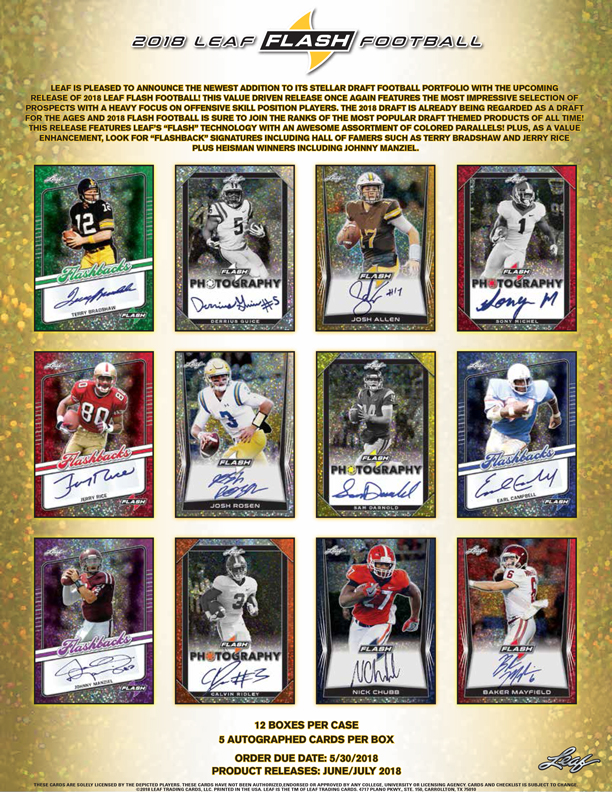