Leaf is pleased to announce the return of its highly anticipated repackaged memorabilia release, 2018 Leaf Memorabilia Vault! This release features everything amazing in the world of collectible memorabilia! 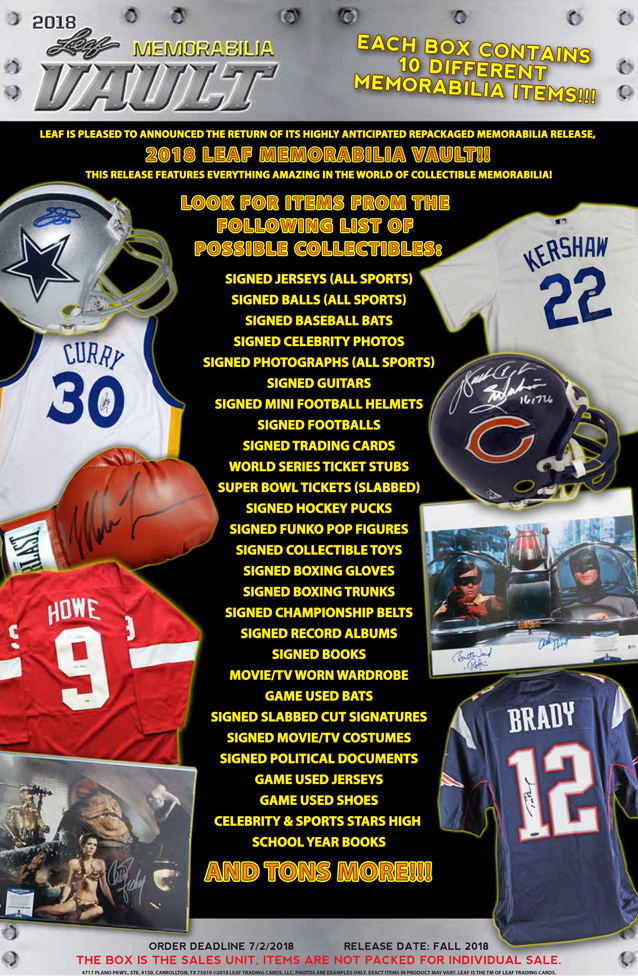 THE BOX IS THE SALES UNIT, ITEMS ARE NOT PACKED FOR INDIVIDUAL SALE.